NanoLabNL is the Dutch national facility for nanotechnological research and development. Our facilities, knowledge and network in nanotechnology make NanoLabNL the obvious starting point for research, development and production on an atomic scale.

A grand future with small nanostructures

NanoLabNL is the Dutch national facility for nanotechnology research. Since 2003 we have been offering the use of our facilities and expertise to universities, research institutes, start-ups and industry.

The NanoLabNL facilities are an important link in the innovation process from basic idea to product. In this role NanoLabNL supports fundamental research, process and product development and small-scale production.

NanoLabNL is a foundation comprising supervisory, advisory and executive roles and supported by a program office.

The steering committee is responsible for the daily operations of NanoLabNL. The members represent the partners in NanoLabNL.

The tasks of the steering group include:

The NanoLabNL programme office is run by the University Twente MESA+ Institute.

In the field of micro- and nanotechnology, the foundation aims to:

A testimony how a sustained nanotechnology infrastructure can prepare the Netherlands for a role in global transitions. 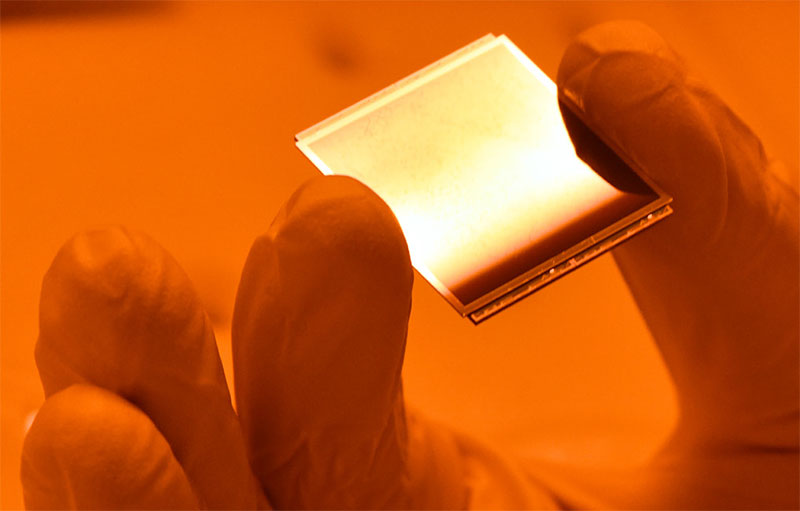 NanoLabNL is featured on the Roadmap Large-scale scientific research and is a vital enabler for science and business:

NanoLabNL is a Dutch national facility for nanotechnology research. Since 2003 we have been offering the use of our facilities and expertise to universities, research institutes, start-ups and industry at 5 locations in the Netherlands. 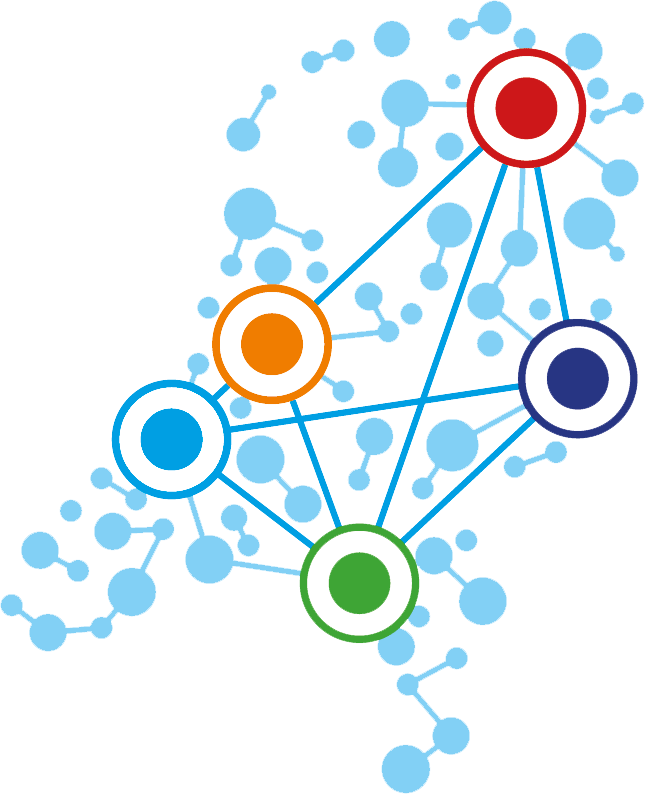 NanoLabNL is one of the leading consortia of its kind in Europe, as is reflected in its central role as a founding partner of the European consortium of nanotechnology research facilities EuroNanoLab. 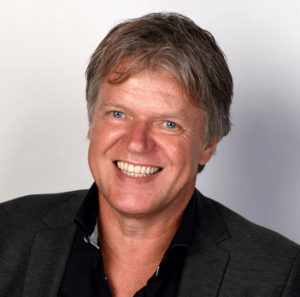 Guus Rijnders is the scientific director of the MESA+ institute of nanotechnology at University of Twente. He investigates complex materials, particularly those used in electronic devices. He focusses on the structure-property relation of atomically engineered complex (nano)materials, especially thin film ceramic oxides. As one of the leaders in the field of PLD, and a driving force of interface engineering, Rijnders is one of the few major researchers who openly addresses controversial topics in the field. He has also successfully brought PLD from the laboratory to industry as the co-founder of two companies. 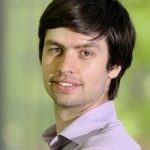 Prof. dr. Ewold Verhagen leads the new research group Photonic Forces at the FOM Institute AMOLF. His group studies photonics in high-quality microcavities and nanophotonic waveguides, with a special interest in the coupling between light and nanomechanical motion through radiation pressure forces in nanophotonic systems. In 2014, he was awarded the NWO Vidi grant to perform quantum measurements in nano-optomechanical systems. 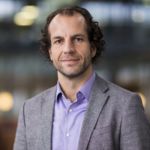 Erwin Kessels is a full professor at the Department of Applied Physics of Eindhoven University of Technology (TU/e). He is also the scientific director of the NanoLab@TU/e facilities which provides full-service and open-access clean room infrastructure for R&D in nanotechnology. Erwin’s research interests cover the field of synthesis of ultrathin films and nanostructures using methods such as (plasma-enhanced) chemical vapor deposition (CVD) and atomic layer deposition (ALD) for a wide variety of applications, mostly within the areas of nanoelectronics and photovoltaics. Within the field of ALD, he has contributed most prominently by his work on plasma-assisted ALD, his research related to ALD for photovoltaics, and ALD for nanopatterning (including area-selective ALD).

Currently, Erwin is focusing his research mostly on atomic scale processing, a field which is believed to grow in importance quickly in the next decade, for a wide variety of application domains. 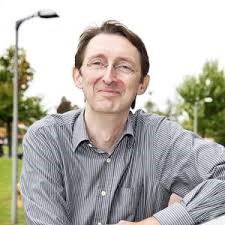 Prof.dr. L. (Kobus) Kuipers is head of the QuantumNano department at the TU Delft and a pioneers in the field of nanophotonics. He is internationally recognized for developing techniques that probe the electric and magnetic field of light on the nanometer length scale and the femtosecond time scale. With these techniques he obtained novel insights in the fundamental properties of light in nanostructures. Together with Albert Polman, he founded the Center for Nanophotonics at AMOLF, and made it a leading center for nanophotonics research. 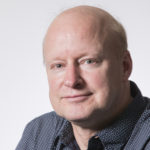 Prof.dr.ir. Bart van Wees is professor in the Department of Physics of Nanodevices a University of Groningen. He is an international authority in the field of quantum electron transport. Van Wees has made important contributions to various topics, such as nanoelectronics, mesoscopic systems, spintronics and (most recently) spincalorimetry. In 2009, he was invited to become a member of the Royal Netherlands Academy of Arts and Sciences (KNAW), and in 2014 he was made a Fellow of the American Physical Society. Since 2013, Van Wees has played a leading role in the EU’s Graphene Flagship Project, a € 1 billion investment for research into graphene until 2023. 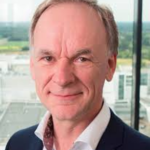 (Chair) Prof dr. Jos Benschop received his MSc (cum laude) and PhD from the physics faculty at The University of Twente. From 1984 until 1997 he worked at Philips on optical metrology and optical recording. He joined ASML in 1997 and currently holds the position of Senior Vice President Technology, is responsible for research and system engineering within ASML. Prof. Benschop has published 30+ papers and generated 20+ patents and worked as a part-time professor of Industrial Physics at the University of Twente until 2021. He is a SPIE fellow and also a member of the Netherlands Academy of Technology and Innovation (https://www.acti-nl.org/nl ), and has been appointed by the king as advisor to the Dutch government on science, technology and innovation (https://www.awti.nl/ ) 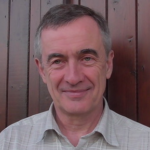 Prof. dr. Michel de Labachelerie has been a scientist at the French National Center for Scientific Research (CNRS) since 1982. His research was first dedicated to high-frequency-stability semiconductor lasers at Orsay University and then at Tokyo Institute of Technology between 1993 and 1995. During his stay in Japan, Prof. Labachelerie switched to the field of MEMS technologies and founded the LIMMS (French-Japanese laboratory on Micro-Mechatronics at the University of Tokyo).  Subsequently, he was appointed to the position of Research Director at CNRS for the development of MEMS devices at the laboratory of Besancon (France).

In 2004, Prof. Labachelerie switched to research management and created the FEMTO-ST Institute in Besancon (comprising approx. 700 staff members); fulfilling the role of director- general for 8 years. Since 2004, he holds the position of coordinator of the national “Renatech” Network of French academic nanofabrication facilities. Since 2012, prof. Labachelerie works part time at the CNRS headquarters in Paris and is presently in charge of Research Infrastructures for Engineering Sciences. Between2016 and 2018, he was Vice-President in charge of research at the UBFC federal university.

Since 2017, Prof. Labachelerie heads the the “EuroNanoLab consortium” of academic Nanofabrication facilities. 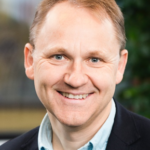 Dr. Thomas Swahn is Director for the Swedish Micro- and Nanofabrication Research Infrastructure ; Myfab, and Associate Professor at the Microwave Electronics Laboratory- Department of Microtechnology and Nanoscience, Chalmers University of Technology, in Gothenburg, Sweden. He has a PhD (1993) in Theoretical Physics/Condensed Matter Theory, from Chalmers University of Technology. After finishing his PhD-studies, he spent 12 years in industry holding various research and management positions, at Ericsson, Allgon Systems and Optillion, before joining Chalmers Industrial Technologies in 2005. Lately, he has been involved in research on ultra-high speed IC design for microwave and millimeter wave communication systems, targeting data rates of 100 Gb/s or more.